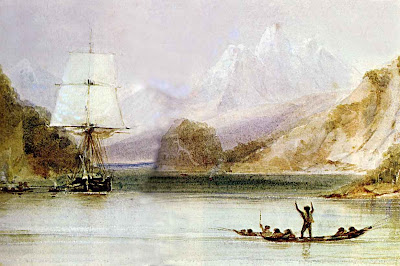 Photo credit: HMS Beagle in the seaways of Tierra del Fuego, painted by Conrad Martens during the voyage of the Beagle (1831-1836), via Wikimedia Commons. I've already posted pictures of the book itself, and I love this painting, so thought it would be a fitting image for a birthday greeting.
Posted by Owlfarmer at 7:29 AM