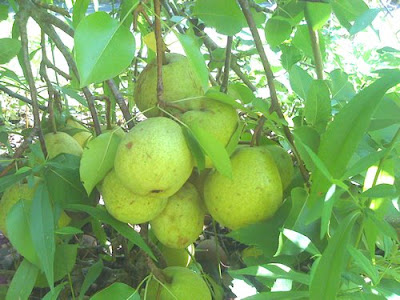 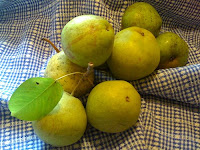 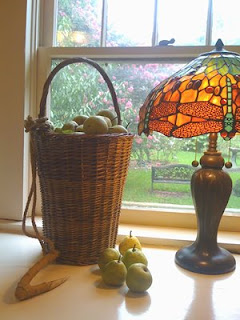 Photos: Pears on one of the trees, ugly pears on a tablecloth, pears in an apple-picking basket with my neighbor's much-lovelier-than-mine yard in the background.
Posted by Owlfarmer at 8:48 AM 6 comments: