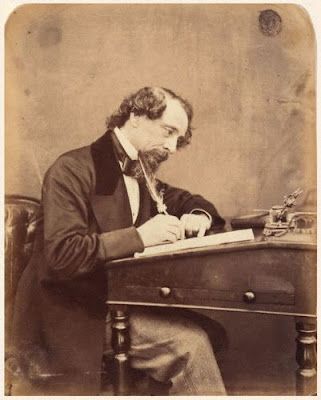 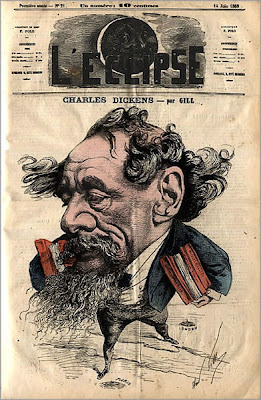 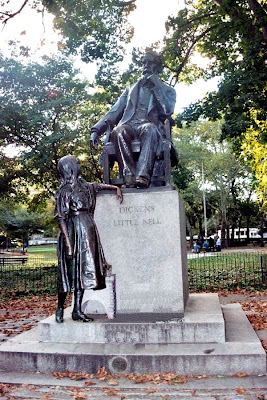 Image credits: Photograph of Charles Dickens by George Herbert Watkins; albumen print, 1858. (National Portrait Gallery; also available on Wikipedia and Wikimedia Commons. The photo of Clark Park's Dickens and Little Nell statue is by Bruce Anderson, via Wikimedia Commons. The Gill cartoon is from the Wikipedia Article on L'Eclipse.
Posted by Owlfarmer at 9:47 AM No comments: