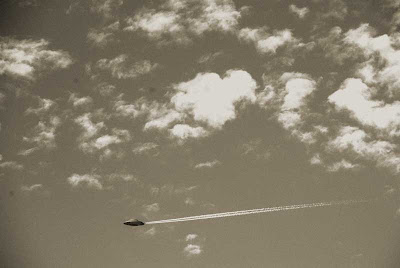 Image notes: I couldn't resist a doctored "flying saucer" sighting constructed in PhotoShop Elements, which came with my new scanner. I may alter it even more when I have some time, to make it look more like something I could get from Old Photo Pro.
Posted by Owlfarmer at 6:33 AM No comments: