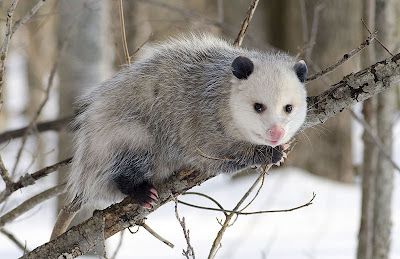 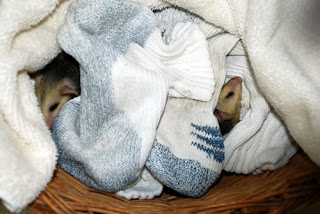 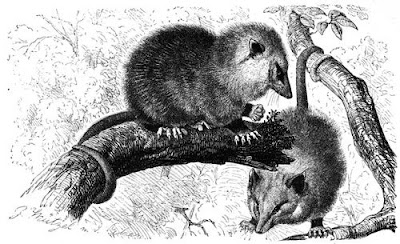 Posted by Owlfarmer at 6:43 AM

Poor possums are'nt the prettist critters. But, they are endearing. My friend had a baby he found and had living in his apartment for some time. "Johnny" had free run of the place. He also had a squirrel named susie that came and went when she wanted and raised 3 litters in his house. and a racoon. All at the same time. Doug was kind of a character himself.

Australian possums are, I have to say, very much prettier than the US variety (I think having furry tails helps ;-) -- we have many ring tails and bushy tails who regularly drop by our backdoor for a free feed and to scare the bejesus out of the cat... all aus. possums are protected species but thrive in cities, and often act as though they own the place.. coming into the house, rifling through the fruitbowl for favorite varieties and taking up residence in the roof.