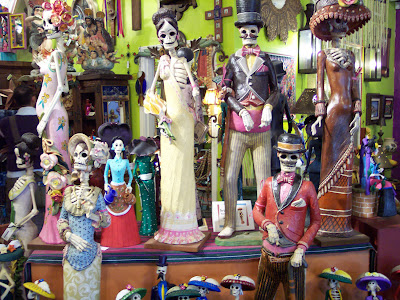 Photo credit: Thanks to Alex Antonio and Drew Simon for the great picture and for inspiring the direction of the post.
Posted by Owlfarmer at 1:02 PM

I love the way your daughter blinked when you took the photograph. Or perhaps you instructed her to close her eyes. An eerie image.

I love the surreal space you managed to create, like a castle of gathered thoughts on the top of our busy souls, here in the mountains of ourselves we do not hear the noise of everyday life and air is pure...
I wish I had enough tranquillity in my life as a globetrotter to create such a peaceful world in my blog, too....
http://imspellbound.blogspot.com/
come and visit me if you want :-)