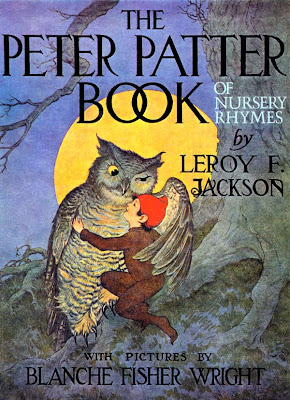 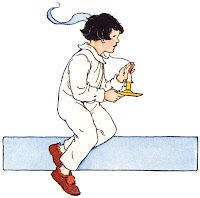 Images: The cover drawing, and "Jelly Jake and Butter Bill." The image just above is for "Hippity Hop to Bed."
Posted by Owlfarmer at 11:58 AM

Hello.. what a wonderful blog :)
I'm adding you to my list of links if that's ok?
I love nursery rhymes too, especially the odd ones :)
Best wishes from Scotland
Rima

What wonderful things I found...beautiful blog! Looking forward to my next visit.
Can i add you to my Kindred Spirit list..?