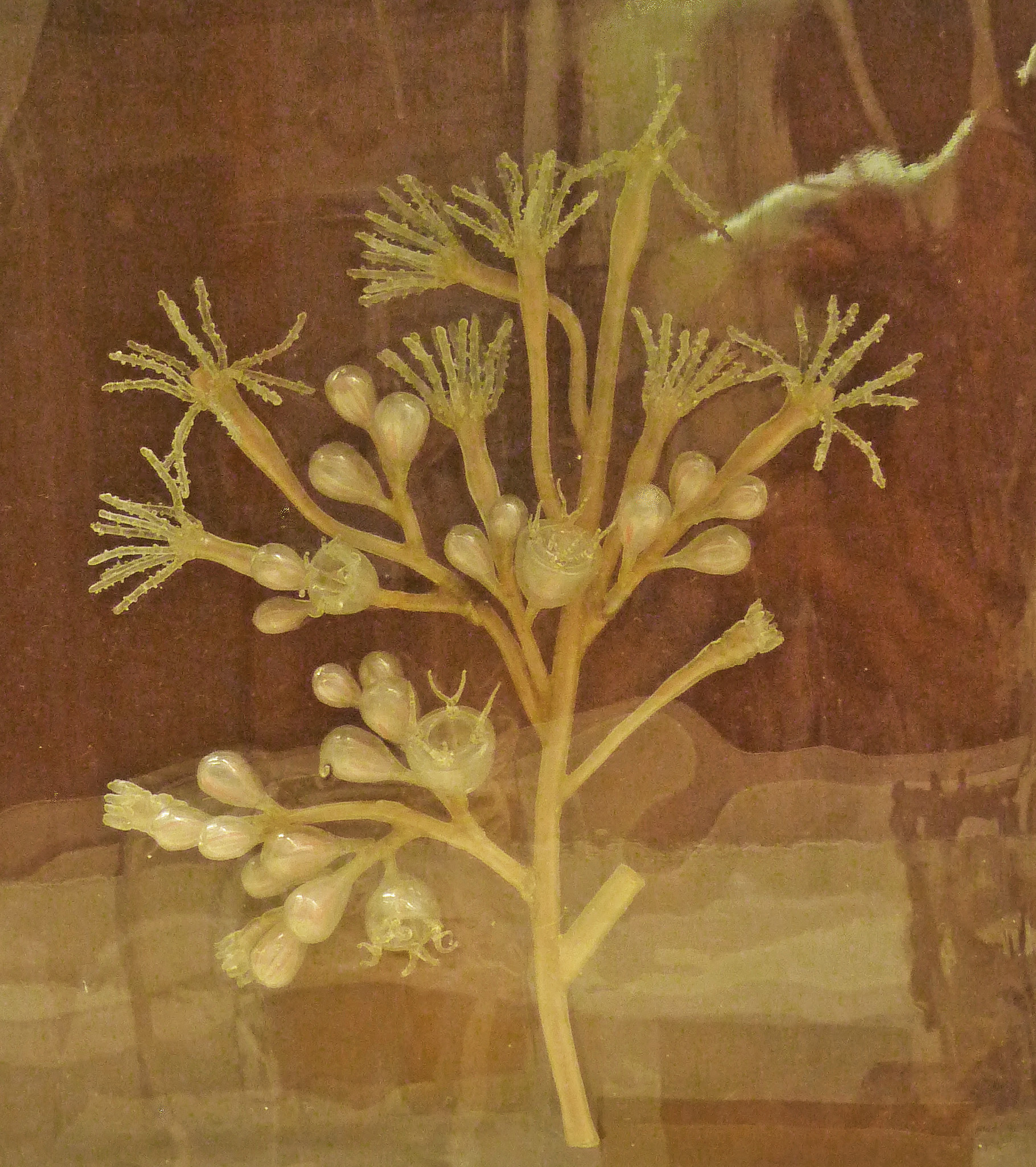 I guess posting once a year or so is better than not posting at all, but probably not much.  It's not that I don't ever think about Cabinet-appropriate things; in fact, stuff falls into my radar range fairly frequently, but I use the "I'm too busy" card, probably way too often.

Sometimes, though, something irresistible appears and lights a fire under my backside, as this video and article from the New York Times did this week: In Pursuit of an Underwater Menagerie.  It's about a new exhibit featuring glass models of marine creatures created by Leopold and Rudolf Blaschka, and the curator's effort to locate living examples.

The nineteenth-century father-and-son team from Germany found the perfect way to produce models of transparent and translucent creatures. Traditional means (watercolor drawings, primarily, but also wax and other sculptural materials) lost some of the delicacy of sea creatures, but Leopold's "glass-spinning" technique (vulgarized in many a seaside tourist gift shop) allowed the Blaschkas to produce amazingly lifelike replicas.

The sheer (and the pun is intended), alien beauty of these creatures and their glass counterparts is nowhere more apparent than in the Times interactive feature, Glass Mirrors Life in the Seas.

Cornell University's Albert R. Mann Library houses the Cornell Collection of Blaschka Invertebrate Models, and its Gallery includes 34 pages of photographs (there's also a slideshow linked on the Gallery page).  The Wikipedia article on the Blaschkas is also helpful (and includes a few photos), if you've never heard of the pair before.

The Blaschkas might actually be better known for their plant models, in the Ware Collection of Blaschka Glass Models of Plants at Harvard. For a nice history of the botanical models, see the Corning Museum of Glass video, The Story of Rudolf and Leopold Blaschka:

One wonders how much more interest children would show in the natural world if they were to be introduced to plants and animals through a combination of first-hand experience (when possible) and beautifully rendered visual works that capture the essence of the life-form.  I can only hope that the new Perot science museum in Dallas will try to mount an exhibit of the Blaschkas' work, and perhaps generate an interest in the relationship between art and science embodied by their glass models.

Image credit: Bougainvillea species, from the Zoological Museum of Strasbourg, photo by Ji-Elle via Wikimedia Commons.
Posted by Owlfarmer at 8:58 AM